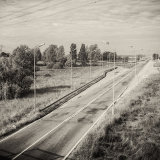 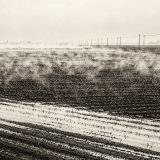 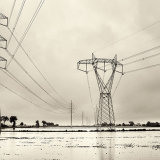 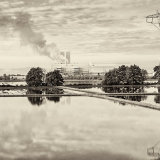 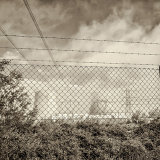 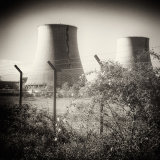 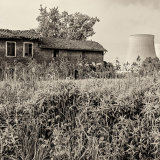 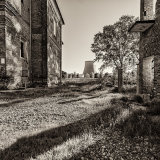 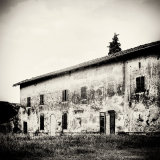 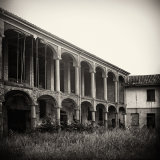 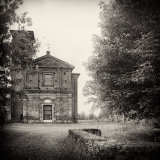 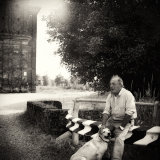 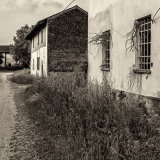 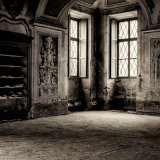 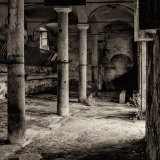 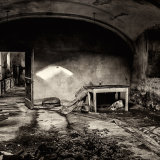 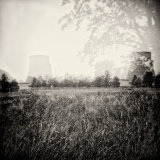 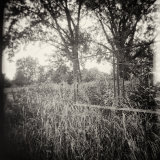 Leri (near Vercelli, Piedmont, Italy) is an old farming village which was part of the Cistercian Abbey of San Genuario (since 1179), then owned by Napoleon and lastly by Camillo Benso, Count of Cavour, Prime Minister of the newborn Kingdom of Italy (1861).
Cavour transformed the 1000 hectars of the property into a modern, productive business.
The Count passed some of his time in the beautiful country house, which was the hub of the village made up of farming buildings, such as farm houses, haylofts and stables.
After the early 1960's the village went into a gradual decline due to a decrease in manual labour, caused by the introduction of new technology in agriculture.
Today it is given over to a thermoelectric power station, which was completed in 1997 at a cost of about 500 million euros, but, as a result of the low return, it was closed at the end of 2013.


This second social and human 'archeological' phase shares its space with the thousand year old village and the surrounding rice fields, contrasting its extremely rapid end with the slow decadence of the village.
The houses of the village, Cavour's country house and the beautiful 18th century church still exist, but in a state of degradation and abandoned to oblivion.
All the buildings have been violated and despoilt. Some of them were lived in by workers of the power station for a short period, indissolubly interweaving the time and space of the two realities. Traces of this recent past can be seen among the ruins.
Nature has now reconquered these places, rapidly regaining territory: grass and wild plants have reclaimed the buildings while the small water basins inside the enclosure of the power station, due to their inaccessibility, have become a natural oasis for herons, marsh harriers and other aquatic birds.